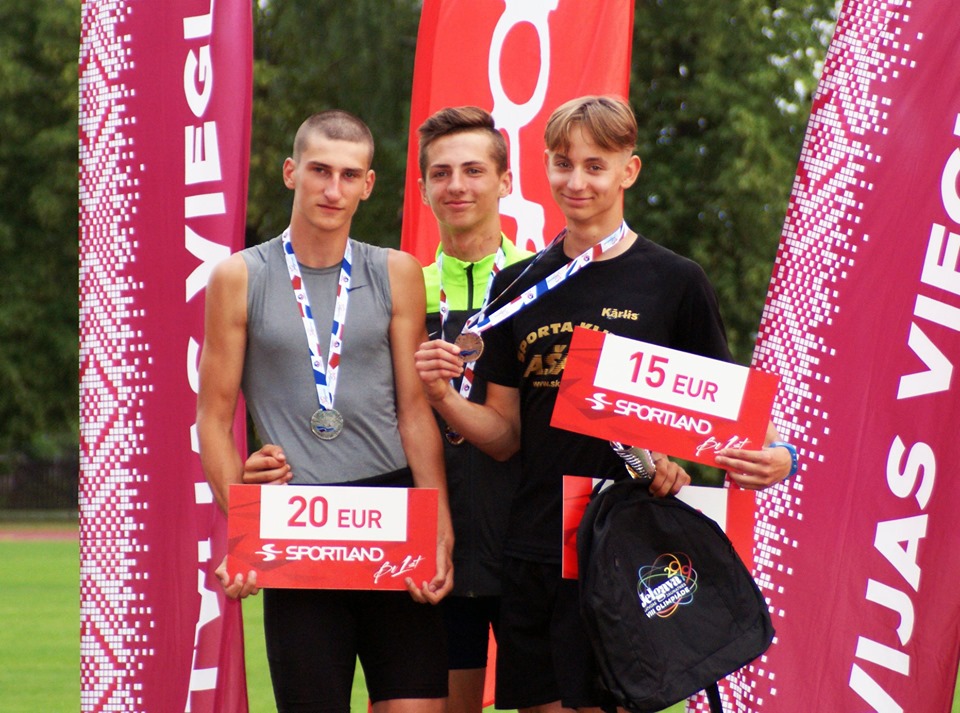 With the III part of Sportlands cup, which took place in Zemgales olimpic center, in Jelgava, Ašais oldest runners continue season'2019! This time on the start line of the 400m long sprint set foot on Artis Rožkalns in the mens' competition and Kārlis Dieviņš in the U18 age group competition. Powerfully ran Kārlis Dieviņš getting bronze medal and setting a new PB, removing second and a half from his previous PB. Kārlis' result - 54,48. Artis Rožkalns with a result of 52,77 finished in 5th place in mens' competition. Unfortunately, Artis for now can't get in his best form, but  there's time till Latvian championship to save what still is to save. Now we wait for the weekend when U16 age group Ašais runners compete in Latvian championship.