Starting the indoor season with 4 medals in Vidzemes competition 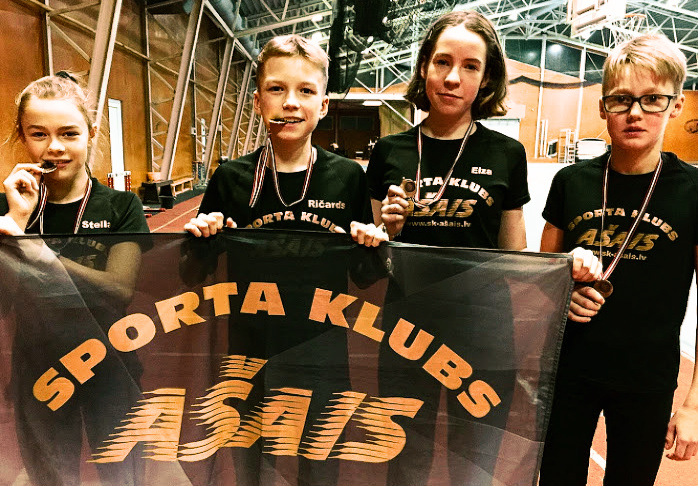 As fast as a lightning bolt reaches the surface of the earth the indoor has once again arrived. Traditionally, the end of the year is the time when a competition occurs in Limbažu olympic center for Vidzemes region, Ogres and Ādažu athletes (for U14 and U16 age groups). This was the first competition in the new age groups, respectively Stella Paltiņa has started in U14 age group, who was the first to set off. Stella's first start in U14 was excellent wininng gold in 600m and setting a new PB - 1:51,4! Third place for Roberts Cercins in 600m also in the U14 age group. However gold in the U16 age group went to Ričards Špacs, but Elza Niklase finished second with a new PB in 800m. An excellent start of the season. Manege workouts start just next week, which will give even more added value. Photos - here!