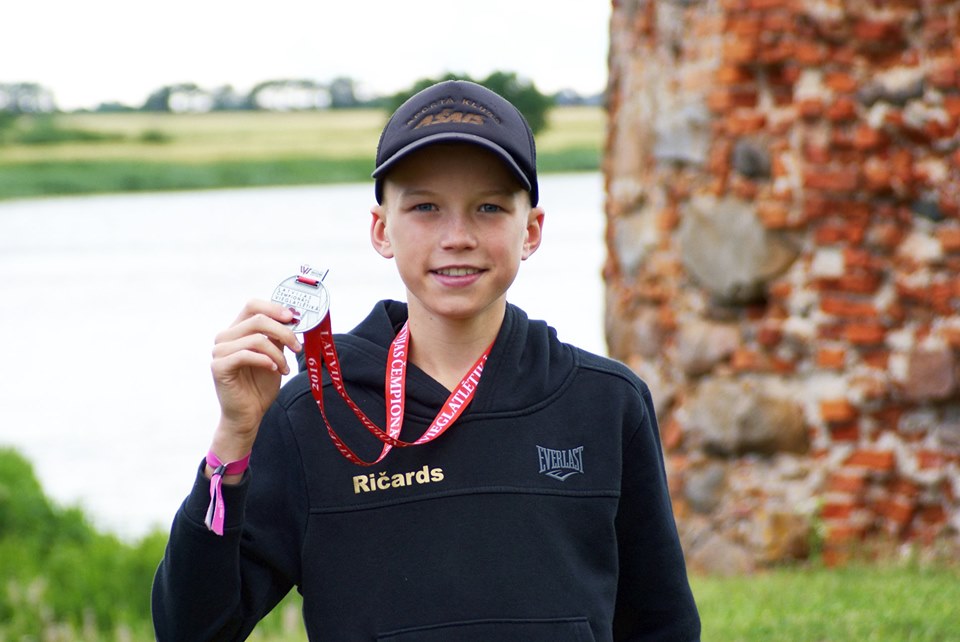 With the start of Ričards Špacs in Latvian U14 age group championship summer season continues in the athletics tracks. Continuing with a blast! As usual, in U14 age group there are many participants. As well in the 1000m distance 27 young runners step on the start line, including our only U14 athlete. Competition was fierce! No joke, because 6 similar level runners were all aiming for the pedestal. Even with the imense and nerve-wrecking tension, Ričards fought like an animal, winning a silver medal in the U14 Latvian championship and setting a new PB - 3:05,58. Thus finishing U14 age group excellently - gold medal indoors and silver in stadium. Next year awaits new expiriences! Photos - here!